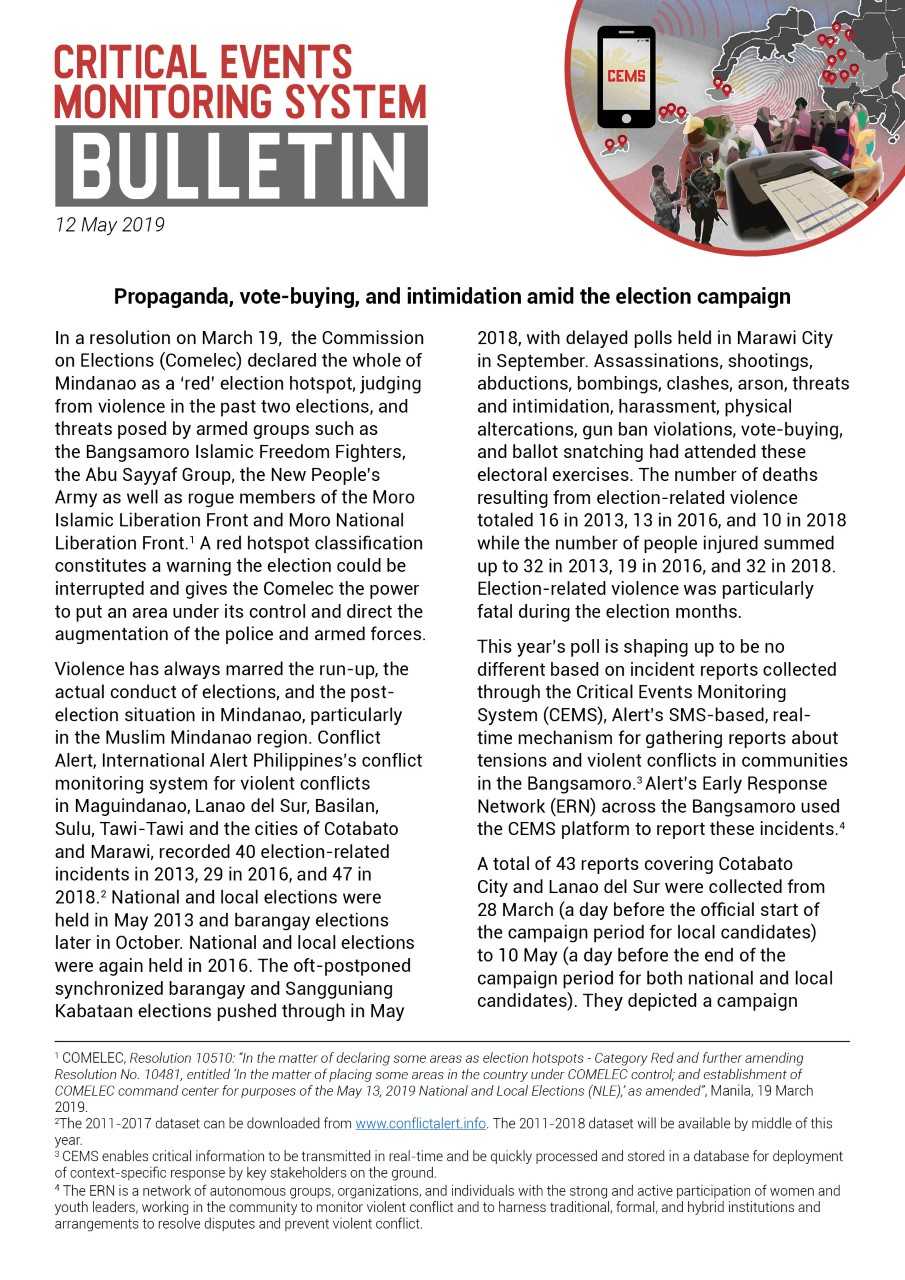 Propaganda, vote-buying, and intimidation amid the election campaign

In a resolution on March 19, the Commission on Elections (Comelec) declared the whole of Mindanao as a ‘red’ election hotspot, judging from violence in the past two elections, and threats posed by armed groups such as the Bangsamoro Islamic Freedom Fighters, the Abu Sayyaf Group, the New People’s Army as well as rogue members of the Moro Islamic Liberation Front and Moro National Liberation Front.[1] A red hotspot classification constitutes a warning the election could be interrupted and gives the Comelec the power to put an area under its control and direct the augmentation of the police and armed forces.

[1] COMELEC, Resolution 10510: “In the matter of declaring some areas as election hotspots – Category Red and further amending Resolution No. 10481, entitled ‘In the matter of placing some areas in the country under COMELEC control; and establishment of COMELEC command center for purposes of the May 13, 2019 National and Local Elections (NLE),’ as amended”, Manila, 19 March 2019.